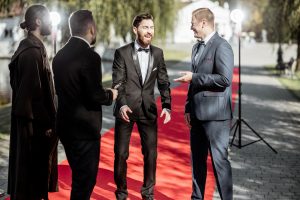 From Tony Robbins to Shaquille O’Neal, here is a list of some of the celebrities and athletes benefiting from the use of PEMF therapy.

Tony Robbins has dealt with various injuries during his lifetime, and sometimes these setbacks can lead to physical and mental stress. Robbins has recently turned to PEMF therapy, which he says ultimately reduces pain and stress. The motivational speaker said he recently tore all his rotator cuffs and shoulder while snowboarding. The injuries undoubtedly took a physical and mental toll on the 62 year old.

In a recent interview, Robbins says he undergoes PEMF treatment “every single day.” Regarding PEMF, Robbins said, “What it does is it charges up the cells so they communicate better, changes the circulation in the body, but it also destroys the weak cells so they’re replaced more quickly.”

Famous for his past role as James Bond, Roger Moore believes in the power of PEMF. Moore has suffered a long list of unfortunate on-set accidents. PEMF is well-known for its ability to relieve both pain and stress associated with injuries.

Nutritionist Ben Greenfield is a noted supporter of the PEMF therapy. Greenfield once said, “I have been on this thing everyday and it has literally changed my body and believe me, I’ve used a lot of different technologies for recovery.

Shaquille O’Neal played 19 seasons in the NBA, winning four championships. The sport undoubtedly took a physical tool on the Hall of Famer. Over the course of his career, he suffered numerous knee, toe and hand injuries. Shaq now turns to PEMF therapy to help minimize pain.

After Hall of Fame Wide Receiver Terrell Owens dealt with the lingering pain of a sore heel, he sought alternative treatment options. That led Owens to PEMF therapy. He said after treatment, “My heel never felt this good! I noticed a major difference the next morning after treatment.”

Former professional road racing cyclist, Lance Armstrong, is a believer in the power of PEMF therapy. Armstrong suffered many injuries throughout his career, including a broken collarbone in an ugly crash back in 2009.

Before entering the world of sports media, Brian Baldinger spent 11 years in the NFL. Baldinger started as an offensive lineman, one of the toughest positions in all of sports. PEMF can be used to reduce pain in former athletes. Among other injuries, Baldinger ended up with a slighlty mutilated pinky finger during gameplay.

Richard W. Quick is a six-time Olympic Swim Coach. He raved about PEMF therapy, saying, “This is perhaps the most phenomenal device I have ever seen. I highly recommend that PEMF be a part of every athletic program.”

Former Major League Pitcher, Paul Byrd, was one of the numerous Pitchers to undergo Tommy John surgery. This is a surgery done on the throwing elbow, which requires a long rehabilitation process. He also suffered a groin injury. For that issue, he turned to PEMF, saying, “PEMF therapy helped with my recent groin injury. After just two treatments, the pain and swelling were gone.” 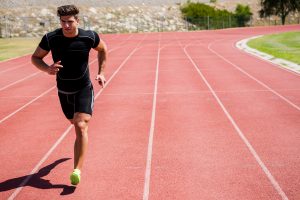 Benefits Of PEMF Therapy For Athletes

PEMF Therapy can heal bones, joints and tissues by up to 400 percent faster, according to research conducted by NASA. This is crucial for competitive athletes who need their body to yield maximum results daily. PEMF has also been proven safe for short and long-term use. PEMF Therapy will improve the oxygen-carrying capacity of cells, which substantially enhances recovery from any sporting injuries. This therapy can also improve muscle recovery time and bone health.

Using PEMF for athletics will lead to increased strength and stamina, two areas that are necessary for athletes of all kinds. Athletes who undergo this treatment regularly find more time to train and recover. Some athletes may opt to purchase a personal PEMF device. The biggest benefit here is you can wear the device and experience benefits while sleeping. A quick PEMF session before or after a game can boost overall muscle performance, as well.

Medical experts all over the world are truly taking note of just how effective PEMF Therapy can be for athletes. Many believe PEMF will lead athletes to the next evolution of rehabilitation and modern healthcare.

Here are a few benefits athletes will notice after utilizing PEMF Therapy:

Brain stimulation, including using PEMF devices, is not considered doping so this therapy is not banned from athletics. There are no chemicals added to the athlete’s body. Instead, PEMF utilizes the body’s own natural electrical charges to relieve stress, heal cells and tissues, while helping muscles to recover.

Using PEMF has become popular for athletes in the midst of training and/or recovery. Boost performance and get on the field quicker by enjoying the many benefits of PEMF Therapy.

Jolt PEMF Lab provides critical energy the body needs to make new, healthy cells. It is a place to recharge, repair, and maintain optimal health through stimulating cellular repair. PEMF is the science of creating health and addressing the root causes of chronic disease and pain. Jolt PEMF, located in Scottsdale, AZ, simply gives your body the energy it needs to support its own natural healing. Our mission is to transform your health, body, and energy and that through results, PEMF will become the future of healthcare. Contact us for a free consultation today!